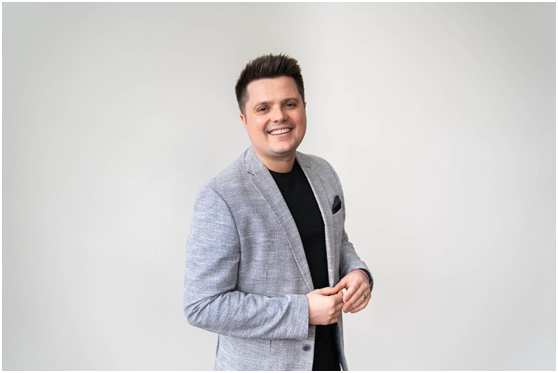 Fast was claimed to be the world’s quickest online login and checkout platform, and Domm Holland was the co-founder and CEO of the company. Domm, a self-taught engineer and entrepreneur, has built and expanded businesses in the logistics, transportation, and technology industries. He previously established and led Tow, an Australian on-demand car towing network that handled more than $50 million in transactions. Domm was named the Brisbane Young Entrepreneur of the Year and received the top place on the Deloitte Tech Fast 50 during his time there. Domm has worked in national and global telecommunications and technology firms, including Dell, across Australia and the United States and has extensive cross-functional expertise.

Fast raised nearly $22.5 million since its founding in March 2019, and it concluded a $20 million Series A investment led by Stripe, with participation from Index Ventures and Susa Ventures. Fast was a firm working to create a one-click checkout system for the whole internet. Domm Holland founded the firm after witnessing his wife’s grandmother struggle to shop goods online after forgetting her password and being unable to complete the checkout procedure. He understood that the internet is far too tricky and sluggish for many people and that everyone assumed that a large number of people, not only grannies, struggle with it. He mentioned that he could only imagine how many times individuals have purchased something online and had to fill out extremely lengthy paperwork. Fast was created to remove the friction from online interactions and transactions. The e-commerce sector is a gigantic $4 trillion industry, and it was anticipated to reach that size before COVID; it will most certainly be even bigger after COVID.

After dropping out of university, Holland stumbled onto the concept for Tow, a marketplace for tow truck operators (dubbed the “Uber of towing”). Following Queensland’s contentious hoon legislation, there was an immediate demand for tow trucks to repossess hoons’ automobiles. Holland, who was previously employed by a vehicle auction company, saw an opportunity to develop a tool that would make it easier for police to obtain a tow truck. Tow eventually went bankrupt a few years later, owing to the Queensland Police Department’s decision to cease paying its costs (which led to a lot of angry tow truck drivers).

Friction is a problem that extends far beyond checking out. A Facebook or Google could help you buy a T-shirt because it is a relatively low-risk purchase, but you wouldn’t fill out a form at a doctor’s clinic using a Facebook form. Your doctor would not ask you to fill out a Facebook-powered form to obtain such information since they have demonstrated that they are not the greatest arbiters of personal data. One of the main reasons people don’t want their data to be retained by a corporation supported by an advertising engine is this. Alternatively, you have companies like Amazon, which are e-commerce giants with one-click checkouts, or at the very least Amazon Pay, which can be incorporated into other websites. However, if you’re an independent shop that has decided not to ship within the Amazon ecosystem, you don’t want Amazon to own your customers or all of your payments. Therefore you’ll want a third party to handle it. In 2010, Dutch entrepreneur Domm Holland had a crazy notion: he would punk the nation’s largest carrier. It cost him about $20 to buy the domain Qant.as and wave it in front of Qantas Airways. To put even more pressure on Qantas, Holland routed the airline’s website traffic to Virgin Blue, a competitor. He finally claimed that he had sold the domain for $1.3 million, but he refused to reveal the buyer’s identity. It is currently registered to Qantas Airways Limited, according to records. This website is currently unavailable. It’s an early example of what Holland would become renowned for in Australia: breaking limits to attract attention and generate money. Now he’s taken his spirited manner to the United States, where venture investors have embraced it. When the firm got into problems, it was in the middle of its next fundraising round, aiming to raise more money at a valuation of more than $1 billion, popularly known as unicorn status in Silicon Valley. According to multiple former workers, Fast had employed hundreds of people, including high-paid executives, yet the company’s product was not producing much income. Unfortunately, Fast was shut down after that.

Holland, who has a net worth of $160 million, was just included in the AFR Young Rich List. However, Holland’s wealth estimate was likely “conservative,” according to the Australian Financial Review.

Ways to find coupons and discounts at Shutterstock