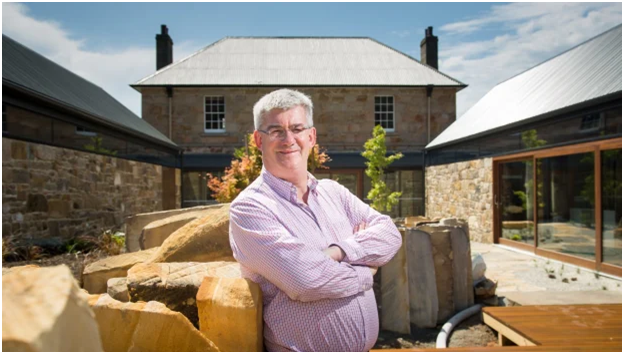 Saul Eslake is the principal of Corinna Economic Advisory in Hobart and was previously the chief economist of ANZ Bank and Bank of America Merrill Lynch in Australia. But, first, let’s look at his work history and net worth.

Saul Eslake is a well-known economic analyst and pundit in Australia, thanks to his work as Chief Economist of McIntosh Securities (one of Australia’s leading stockbrokers in the 1980s), ANZ Bank (one of Australia’s big four commercial banks), and Bank of America Merrill Lynch’s Australian arm (one of the best-known Wall Street investment banks). One of the distinct things about Saul is his openness to write and speak about topics other than what the Reserve Bank will do next month, what the unemployment rate will be next week, or if the Australian dollar will rise or fall next year. Instead, he examines the politics underlying significant economic policy decisions and the social and regional components of global, national, and local economic trends. Most Australian economists are less familiar with Asia and New Zealand than he is, and he makes excellent use of his large global networks. And he writes and speaks with a sense of humor that gets him into problems with influential people from time to time, but he doesn’t seem to mind.

The majority of Saul Eslake’s published talks, presentations, conference papers, and publications over the last twenty-five years have been published on his website www.saul-eslake.com

As an eight-year-old, Saul Eslake moved to Tasmania with his parents. He attended Smithton Primary School, Hobart High School, and Hobart University (graduating with a First Class Honors degree in Economics from UTas). Saul Eslake was named the first Vice-Fellow Chancellors at the University of Tasmania in 2016. His activities in the job were focused on the University’s Institute for the Study of Social Change, where he provided guidance and leadership on new research initiatives aimed at analyzing and addressing the social and economic difficulties that the local community and country face. His research also focused on the significance of education in Tasmania.

This was a part-time position; Saul also worked as an independent economist consultant.

For the past 25 years, Saul Eslake has worked in the Australian financial markets as an economist, including 14 years as Chief Economist at the Australia & New Zealand Banking Group (ANZ).

Saul was the Director of the Productivity Growth programme at the Grattan Institute, a non-aligned public policy ‘think tank’ linked with the University of Melbourne, and a part-time Advisor in PricewaterhouseCoopers’ Economics & Policy practice after leaving ANZ in mid-2009.

Saul worked as the Chief Economist at Bank of America Merrill Lynch’s Australian subsidiary from 2011 to 2015 before starting his own business in Tasmania.

He serves on the Macquarie Point Development Corporation’s board of directors as a non-executive director (a Tasmanian Government-owned entity responsible for the remediation and redevelopment of an 11ha parcel of land adjoining the Hobart waterfront). Saul has previously served as a member of the National Housing Supply Council and the Australian Statistics Advisory Committee and Chair of the Tasmanian Arts Advisory Board, and a non-executive director of the Australian Business Arts Foundation. He also served on the Foreign Affairs and Trade Policy Advisory Councils of the Howard Government and the Long-Term Tourism Strategy Steering Committee of the Rudd Government.

When it comes to Saul Eslake’s net worth, he hasn’t given any specific data.

He is a top economist who travels the world giving talks to the general public, albeit we don’t know the exact number. Therefore, we can presume he has a significant net worth and leads a luxurious lifestyle.

Eslake, who rose to prominence during his 14 years as ANZ’s chief economist and more recently as a senior economist at Bank of America Merrill Lynch, has now retired from the financial markets to focus on private consulting and speaking.

Tips on Pivoting a Business and Finding Profitability

How to Create a Business card for WhatsApp

Volopay Review: Everything You Need To Know